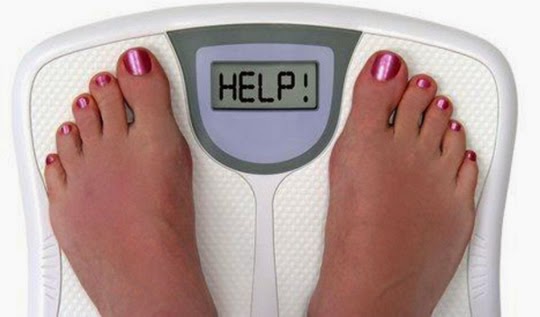 Well the diet is still happening two weeks into the new year. I did the Wednesday Weighin and have lost 7 lbs so far, and DH has lost 5 lbs. He's trying to prove you can lose weight without giving up beer. But I'm not buying it. Maybe guys can lose weight that way but I know I can't.
Here is an interesting study just published. The more frequently dieters weigh themselves, the more weight they lose, according to a new study. Dieters who weighed themselves daily tended to do best while those who weighed themselves less than about once a week tended to gain weight.
The results come from a study of 40 overweight people who collectively weighed themselves a total of 2,838 times over a year. The researchers found that: “Weight increased linearly with the number of days between consecutive weight measurements: the more days between weight measurements, the larger the weight gain. […] …daily self-weighing was generally associated with weight loss while breaks longer than one week and, especially, longer than one month were associated with weight gain.” (Helander et al., 2014)
For people looking to maintain their current weight, the authors advise: “…during weight loss maintenance, it can be difficult to reverse the trajectory of even minor weight gains. Therefore, individuals seeking weight maintenance may be encouraged to conduct self-weighing at least weekly.” The research, published in the journal PLOS ONE, cannot tell us that weighing yourself more causes weight loss. It may be that more committed dieters tend to weight themselves more.
The authors also say: “For some individuals, frequent self-weighing may be associated with negative outcomes such as increased body dissatisfaction or decreased self-esteem when progressing too slowly towards or failing in weight loss goals. Nevertheless, self-weighing frequency and body satisfaction were not found to correlate in a weight loss trial, whereas increased self-weighing frequency was once again associated with greater weight loss.”
Dr. Brian Wansink, one of the study’s authors said: “The bottom line is: If you want to lose weight, it’s best to weigh yourself every day. But if you weigh yourself only once a week, do it on Wednesday because that will give you the most accurate reading.”