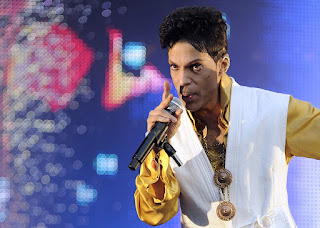 The death of Prince today has shocked the world. It's almost like the day Michael Jackson died. Or the Apollo space craft crashed. Or the World Trade Center was attacked. It's one of those days we won't ever forget. What a shock.

It brings back a fond memory of Prince I experienced while working at Char Mar Cleaners in Golden Valley after high school in the late 1970's. Prince was a special customer of Char Mar Cleaners and he brought his beautiful outfits to be dry cleaned to our cleaners. And we treated his clothes with the utmost care, putting them in special bags, removing all the buttons so they wouldn't get scratched in the process from the presses, and sewing them back on. Most of his clothes required hand iron and we placed crunched up tissue into the arms to hold the shape without getting creases or fold marks.

Prince was a little guy, only about 5 feet tall like me. So it was exciting when we had his clothes there, because they were my size and of course being a teen age girl - I had to try them on and dance around the shop like a rock star. Everything seemed like it was new and sparkly and crisp. He was totally a clothes hound and had all his clothes tailored - you couldn't find anything like his clothes at any store.

Of course he never showed his face at the shop, having his staff drop off clothes and pick them up, but you could tell if he wore an outfit to a rock show because it smelled of smoke like a bar, other than that they never seemed dirty or like they really needed cleaning.

I know from reading the news that his death was unexpected and he had plans for that new purple guitar and purple piano.

Life is short, don't wait. Do it now.