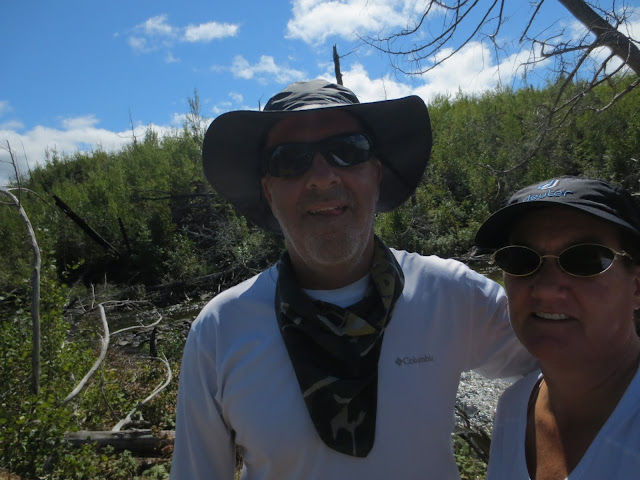 The last leg of our mega day with 7 portages and probably about 15 miles of paddling ended at Kingfisher, Jasper Lake and Falls and Alpine Lake. In the middle of lake Ogish (Ogishkemuncie is the official name but I can't pronounce it) is a tricky portion where it looks like the lake ends but you have to navigate around a curvy corner and then another curvy corner and then the remainder of the long lake reveals itself. At this point in the trip its starting to get a little tiring constantly reading the maps and identifying landmarks like islands, humps and bumps in the shoreline, and camp sites simply to avoid getting lost. We did pretty good at not getting lost, but there were certainly lots of opportunities. Its not like there are any signs or electronics (we were off the grid people) that could direct us. It definitely helped to have us both navigate because there were certainly times when I thought we were in one place and DH thought we were in another. One time I was reading my map upside down and insisted we were lost. So we started trying to figure out where we were reading off the map, my square was numbered 27 and his was numbered 32. It took a few minutes but we finally figured it out. Anyway, I wanted a break from navigating and told him to just get us to the next portage, I was sick and tired of reading the map.

Well we didn't get lost but we took a break, just floated along and ate a powerbar for a snack. That helped. We had three more lakes after Ogish and it was a warm day. Maybe part of my mood was that we had entered the burn area where there were tons of downed trees and not much forestry left. You can see the rocky hillsides and it was depressing to think of all the foilage and wildlife that was destroyed. I just wanted to move through this area. We were really hoping to get our favorite 5 rated campsite on Alpine at the end of the day, so there was no slowing down. It was the Thursday before Labor Day weekend and campers would be arriving for the long weekend and some large group would definitely want that great large campsite. 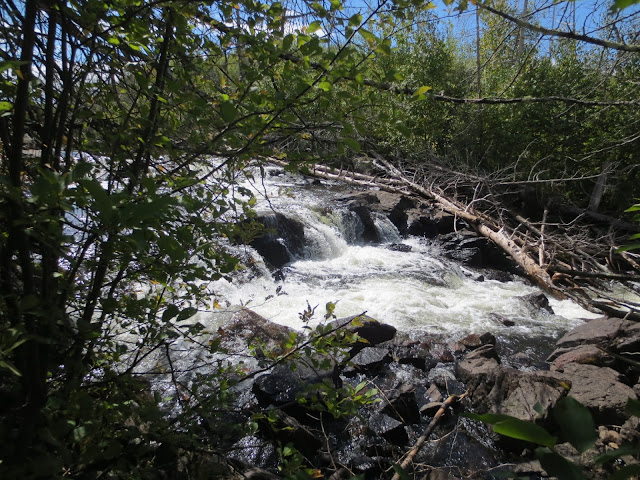 Jasper Lake was not very pretty at all. But the Jasper Falls at the end of the lake makes it worth including on the itinerary. You can hear the falls a long time before you see them and it fact is too is around a couple corners before they come into sight. 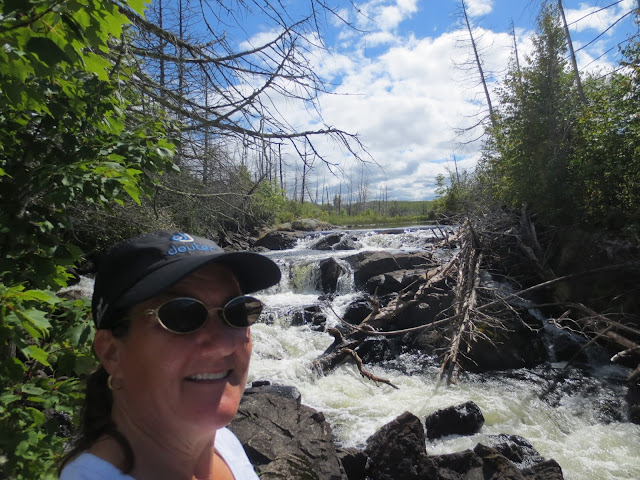 Downhill portages are nice, Jasper Falls is downhill so we took a moment to rest. You can see I this picture of me by the falls, in the background are the skeletons of tall trees which fell victim to the Cavity Lake Fire of 2006 in the past. 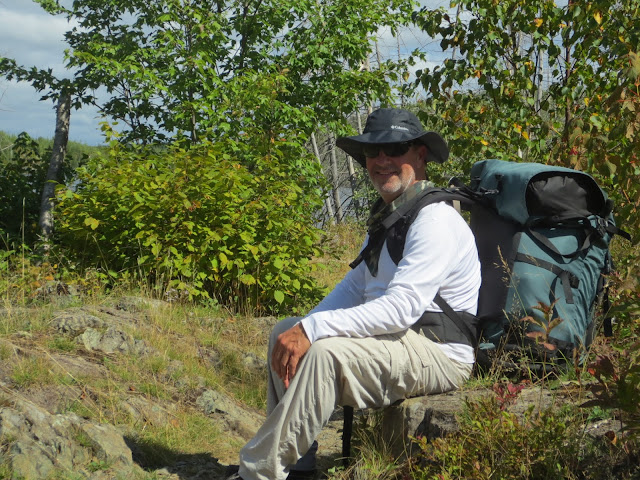 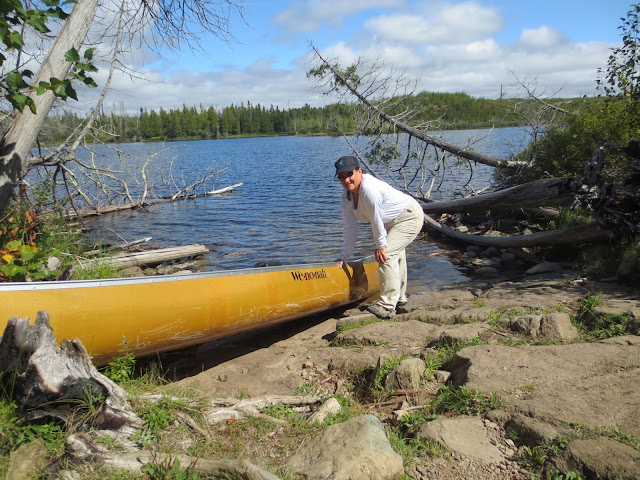 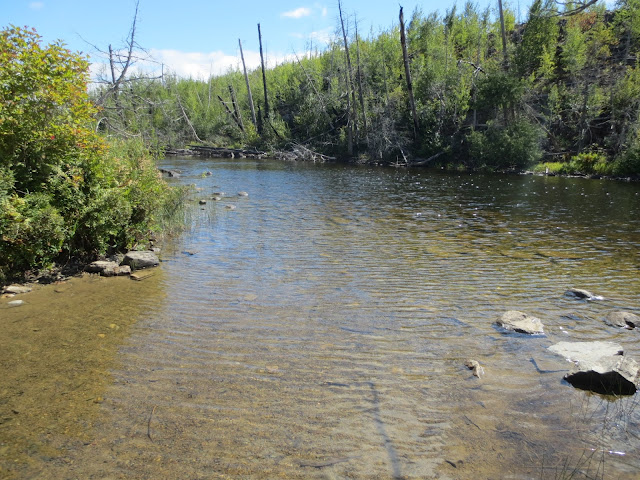 We finally made it to Alpine Lake and as expected we started running into other canoeists. We checked a camp that was rated a 4 on an island that was recommended but some other campers were already there. We were kind of bummed and figured our great 5 camp on the tip of an inlet would be gone. We picked up the pace to beat another group of paddlers we saw but they weren't headed where we were going. As it was, we got to the camp and it was available. We quick unloaded the pack and put up the tent to claim it. And sure enough within 10 minutes a couple canoes came by scouting for the site that we snagged. They ended up setting up camp on a nearby island and it was getting dark now. After our big day we didn't even have the energy to go fishing. 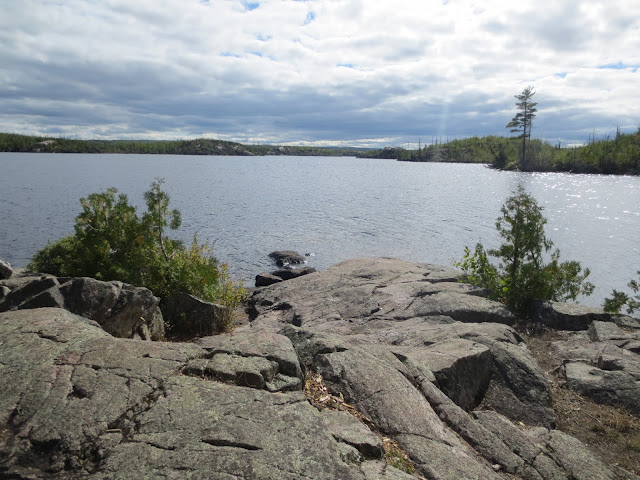 Here's the view from the point on our campsite on the tip of Alpine Lake.


In case you're just joining our adventure, please visit the previous excerpts of our trip at the links below https://goo.gl/photos/35Mj9spf1XEVTTm88