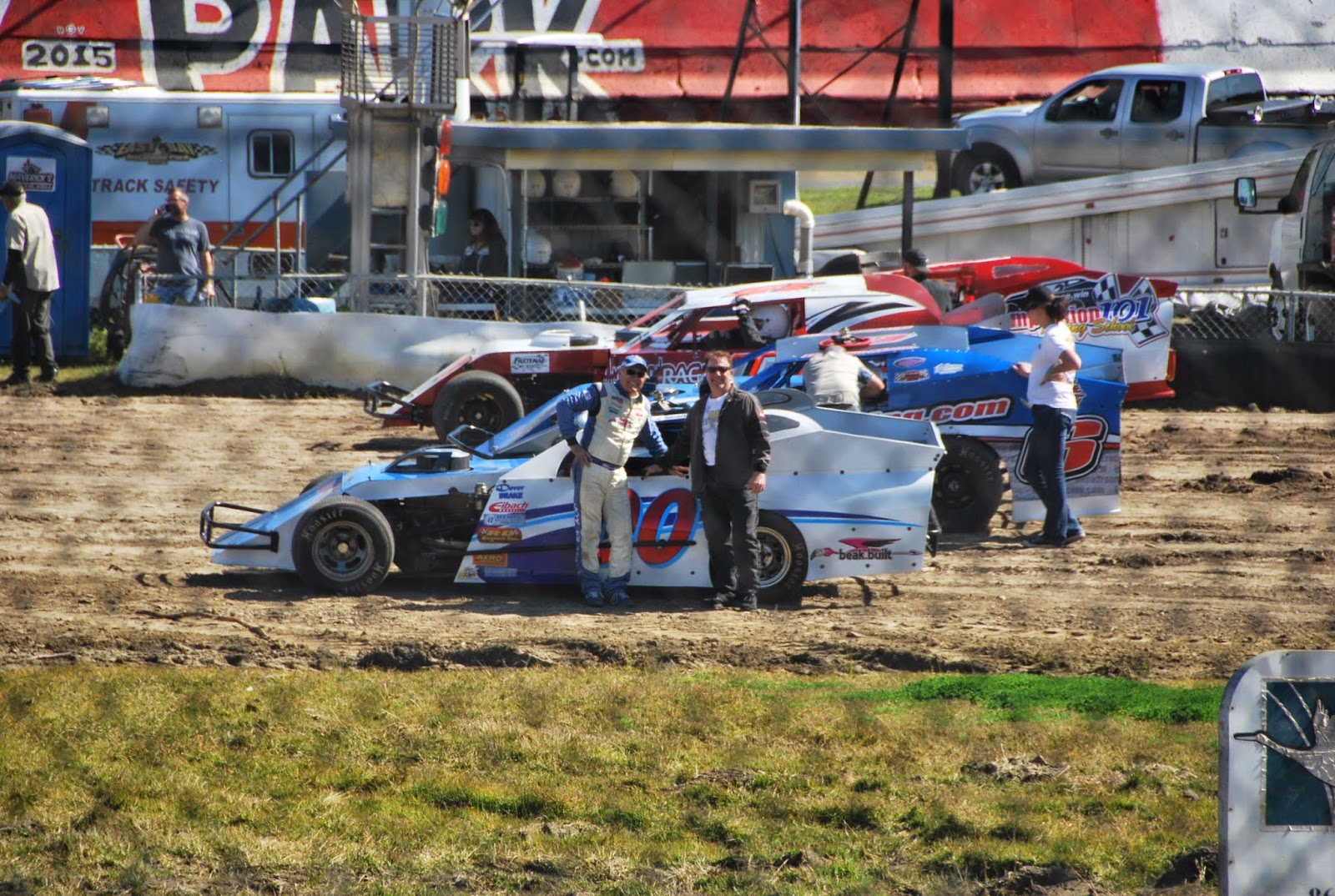 Today was another successful day at the racetrack. DH spent the day at Eastbay Raceway with a very accomplished racecar driver Buzzie Ruetimann. Buzzie is a 73 year old driver of the famous #00 and father of NASCAR driver David Reutimann. During his career Buzzie has won over 1200 feature events from Florida to Canada. This was a special day for DH to have this one on one direction from such a legend in the sport. It was good for DH to get back in a race car to keep his skills sharp. DH really had that #00 really hooked up coming out of the corners with the left front floating in the air as he charged down the straightaway. DH considers it a good day as there was only one driver turning better lap times than him at that was Buzzie. DH figures that if you're not living on the edge, you're taking up too much space. With this in mind DH went in search of the "edge". About 17 laps into his journey he found it when he stepped ever so gently over the edge and spun the car out in a lazy spin come off of turn two. After a brief assessment DH refired the car and carried on taking the checked flag first! Reflecting after the race, the day was considered a victory as DH brought the car home in one piece. 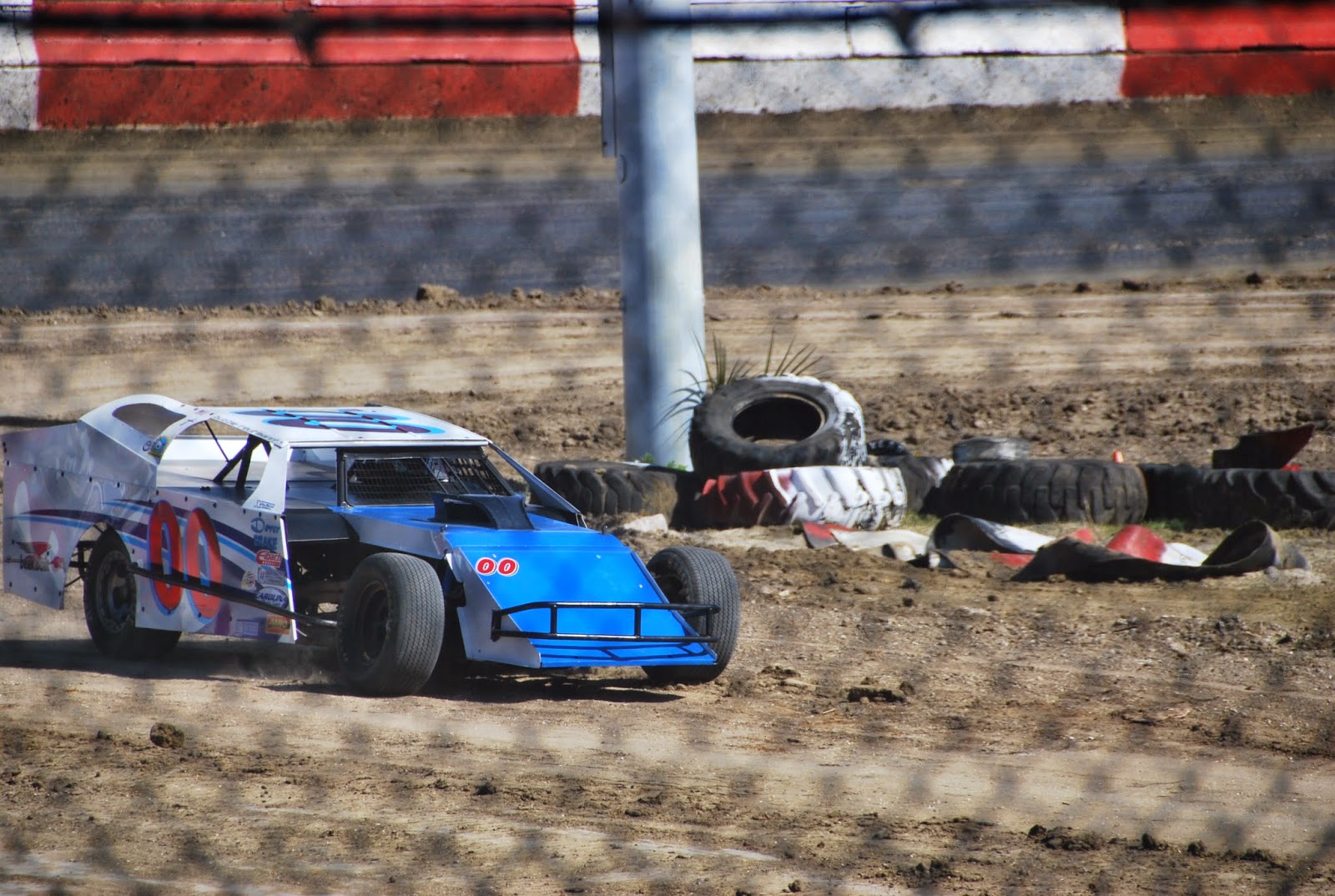