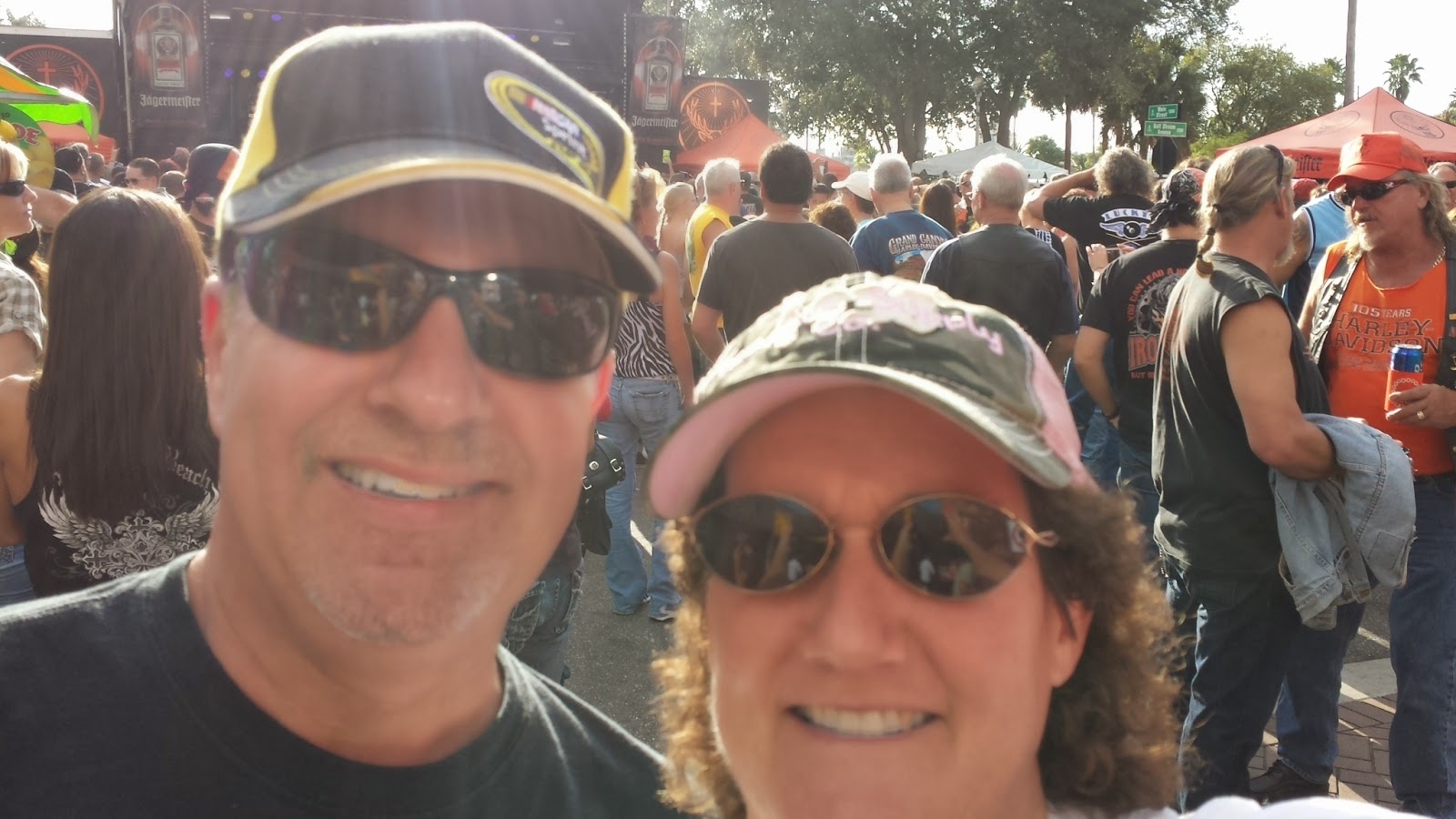 Today we traveled on a one tank trip down to beautiful Sarasota on the Gulf of Mexico on the ST1300. Thunder by the Bay is an annual motorcycle rally event and charity fundraiser in Sarasota, Florida. Features a poker run, live concert and downtown street festival. We wanted to see the band Great White which is an 80's rocker band who wrote the hit song "Bitten Once Twice Shy" among others. It was a nice day and there was plenty of parking for all the motorcycles which invaded downtown.

This dude with the eyeball hat had eyes in the back of his head, could come in handy. 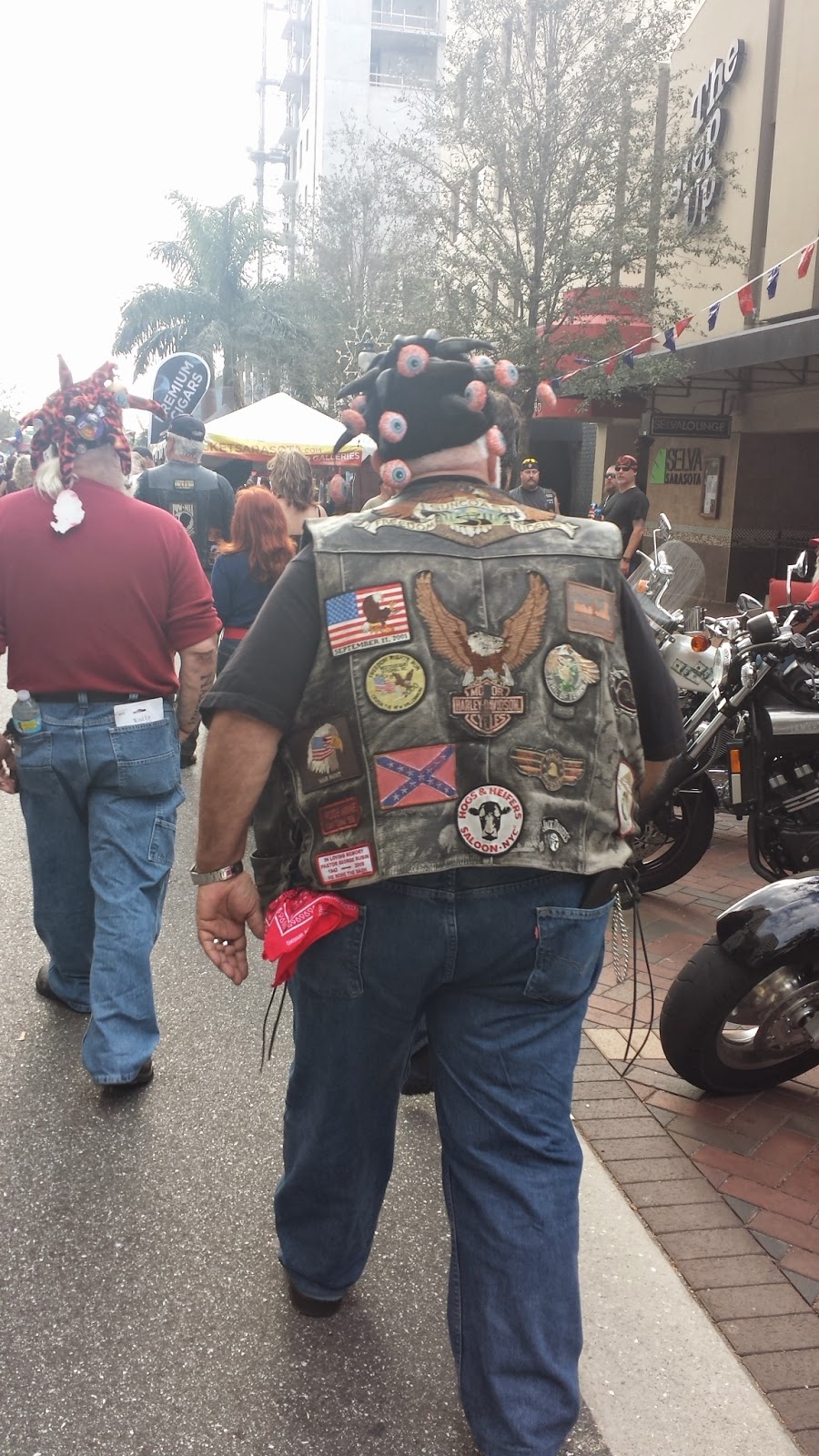 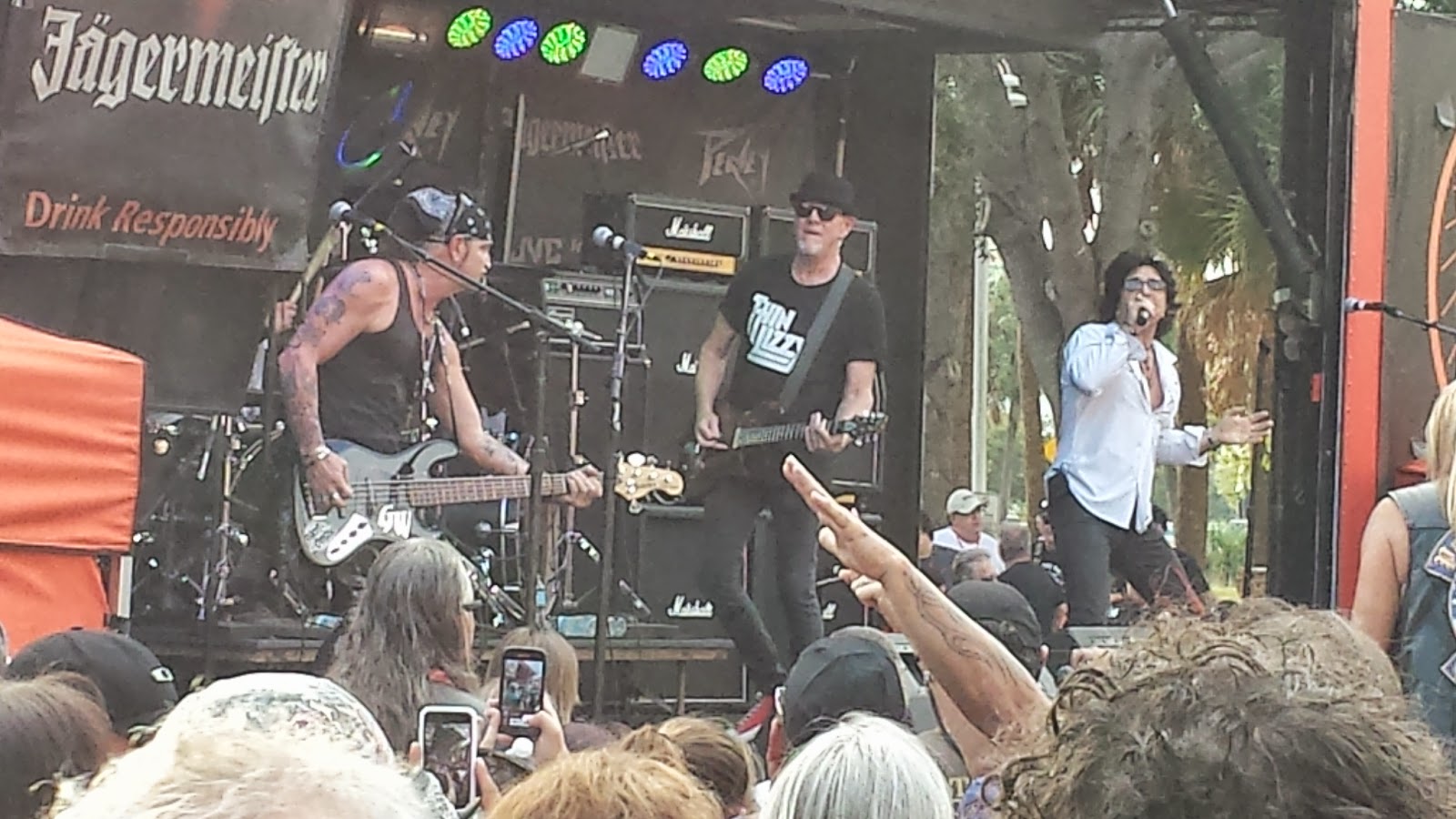 Besides the band, #GreatWhite there was a side show for the band. Motorcycle momma was drinking a bit and decided to get up on her son's shoulders to show off her milk jugs to the whole audience, including the band. All the men loved it, including her husband who gave her the thumbs up to do it. 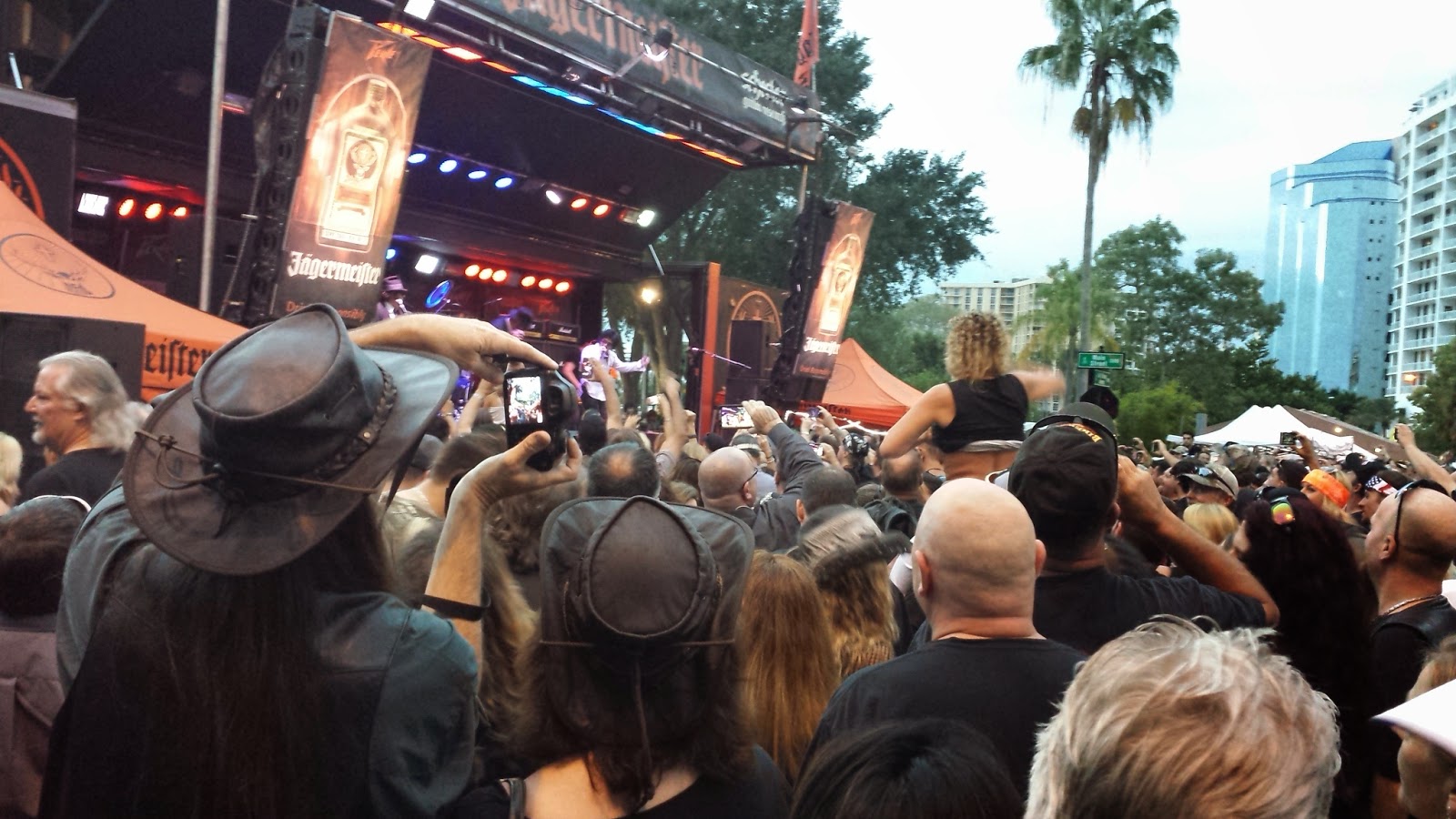 A fun day for all.