I Made Freedom Count 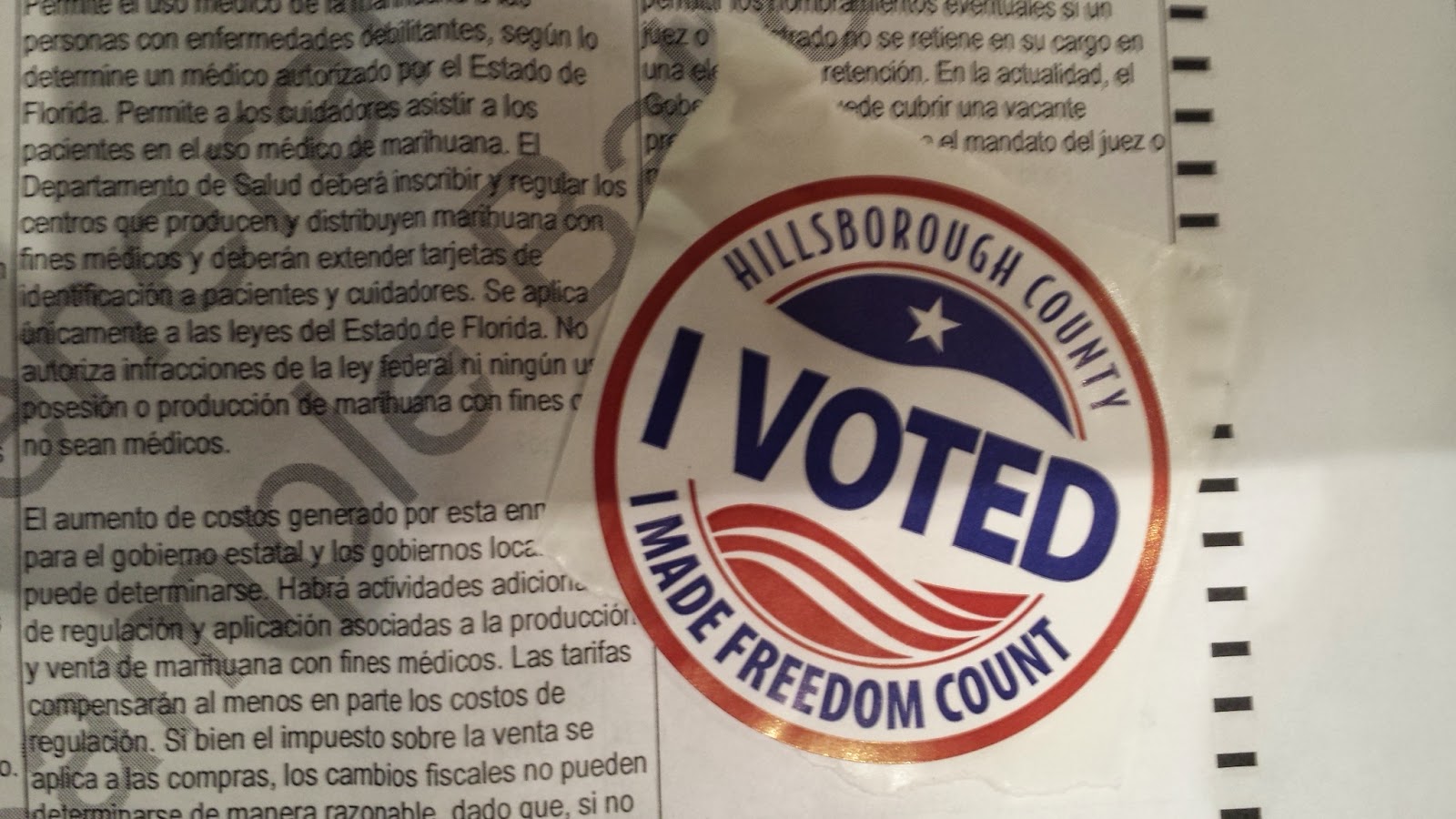 Today was the first day of early voting in Hillsborough county down here in the land of hanging chads. We decided to both drive vehicles to work (we must continue to support 2/3rds of Americans who are no longer in the workforce) and that made it easy to stop at the public polling place to cast our vote. Even though it's an off year and no presidential candidates are up for election, we have an important millionaires (i.e., governors) decision to support, and also a land sweeping medical marijuana amendment that is on the ballot. Someday we may be able to actually smoke without fear of criminal retribution.

Anyway, there was no line to speak of as the polls opened in the cool, breezy darkness on this autumn morning. It promised to be a smooth and quick operation, until we stepped up into the little voting room with all the seniors volunteering. They have all day to do whatever it is they do, and nary a one of em was in a hurry. The copiers hummed and moaned as they were switched on to warm up. And warm up they must have done, because the line was a dozen people long before the first piece of paper popped out. But oh, you can't have that ballot yet - its needs a cover sheet printed on pretty green, yellow or orange paper with your name on it. The volunteers called out names as they printed and then threw away the pretty colored paper. What a tremendous waste of government resources! Along with wasting our time, they waste our money. Needless to say, I was getting crabby. My preparedness of researching and completing my sample ballot made filling the black circles in quite efficient and I was out of there in a few minutes.

But as I left, I thought about how inefficient the whole process was and I was dreaming of the day it becomes digital, and remote. Maybe next year I'll vote absentee again. The important thing is to at least vote. Only 17% of the county residents voted in the primary, I wonder if the official election will even get fifty percent. I do know that neither governor candidate will get at least fifty percent of the votes, meaning that the majority of Floridians will be disappointed with our choice of governor for the next four years. I just hope I'm not one of them.